As part of this campaign strategy, we created and ran a Marketing Partnership Program for any local operators wishing to participate and benefit from the umbrella marketing of the Barrington Coast destination. Operators had a variety of price points to choose from: $500 package (landing page on campaign microsite), $2,000 package (digital media campaign boost), $5,000 and $10,000 (integrated media campaign boosts featuring radio and outdoor as well as digital).

All campaign package options were co-branded with “Barrington Coast” logos and creative style in tandem with their own business branding. In total, 30 local businesses signed up to participate and in doing so, benefit from the broader media campaign investment of the MidCoast Council.

Mobys Retreat launched into the market on 6th August 2021 and completed on 16th September 2021. A combination of outdoor media, radio and digital media were used to drive users to Mobys’ page on the Barrington Coast microsite where they found an incentive to book. Moby’s campaign ran alongside Barrington Coast as a sister campaign with similar creative content and targeting the same audience.

Google SEM accelerated in final week of campaign with increased clicks, and almost halved the cost per click while delivering an increased conversion rate of 42%. This was in line with learnings from the Barrington Coast campaign, where we saw increased user interest and conversions once the announcement of a set date to lift restrictions were made.

Display did very well in delivering high reach and frequency over a short period of time. Four different creatives were run on rotation to gauge what image / format engaged best with the audience and encouraged the highest click through rate.

We had a high engagement in social media both on Facebook and Instagram. This created more likes and followers and resulted with a substantial increase in bookings for Mobys.

The overall campaign was highly successful, particularly for the amount invested. The Mobys team has now engaged Leonards Advertising as their ongoing official media and advertising agency. Mobys now has ongoing activity in place all the way through until the end of 2022. 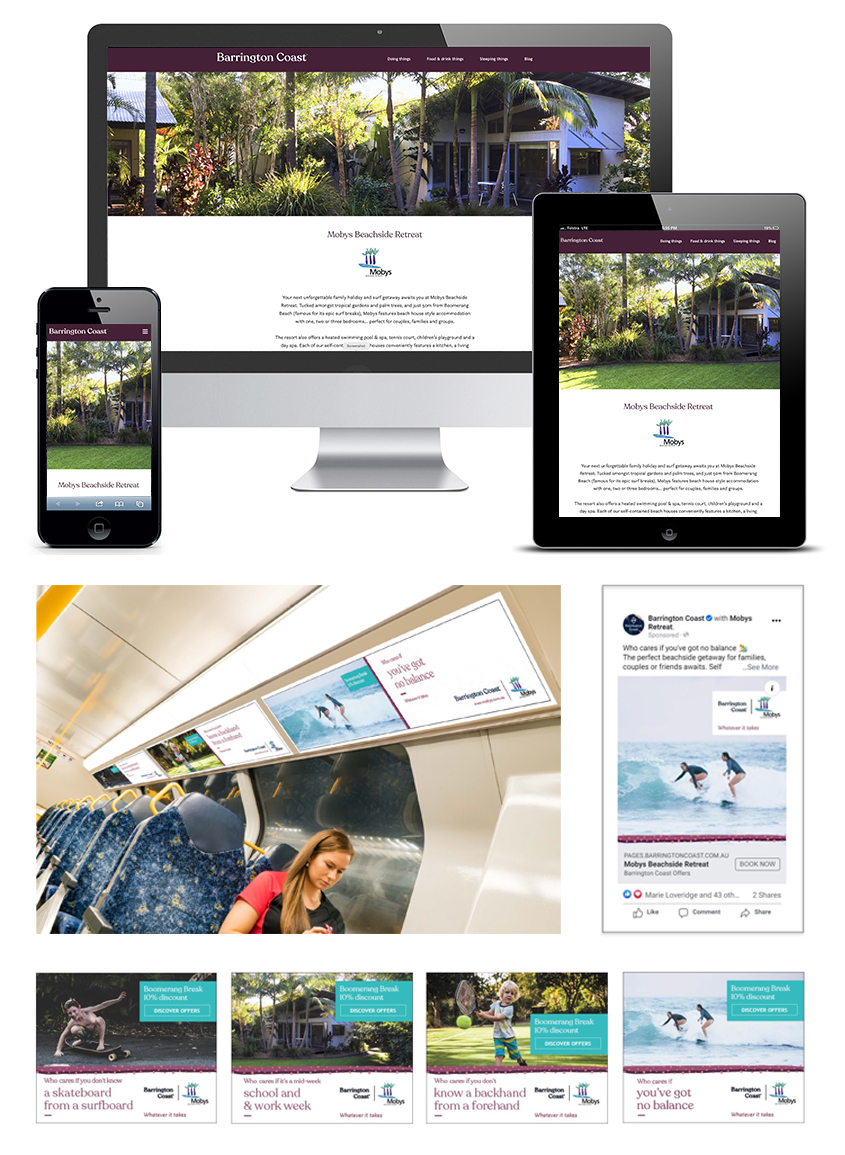 Listen to our radio campaign
Prev
Next