NAIDOC Week has been celebrated since 1938 however the awareness of the week has not been widespread. City of Sydney (The City) engaged the help of Leonards Advertising to raise the awareness of such an important week. Events filled the week in celebrating the achievements and culture of Aboriginal and Torres Strait Islander Australians however the numbers were waning over the years and The City needed new ways to engage the public and boost event attendance. Further to this challenge, The City had limited budget to do this.

To meet this challenge, we made sure all adverts had clear messaging that would resonate and be engaging for the target audience. A selection of print and radio placements were scheduled along with the Council’s social media were the key elements in the events promotion. This approach to the media selected was designed to ensure an inclusive community was made aware of the upcoming events, encourage participation and attendance. The selections ensured all of the local community was advised as well as attracting interest from a broader metro audience – those that lived and may also work within the LGA of The City.

Some examples of the media we placed our advertisements in included the Sun Herald, Sunday Telegraph, Indigenous newspaper, Koori Mail and The Southern Herald. Further to this we had radio ads during peak periods for commuters that covered a broad Metro reach.

With our social media we targeted the audience based on geographic location as well as common interests.

The Week’s events were well attended by the Indigenous communities and local residents. Key learnings were taken from the events in 2018 and used to help structure the approach in 2019 and again in 2020. 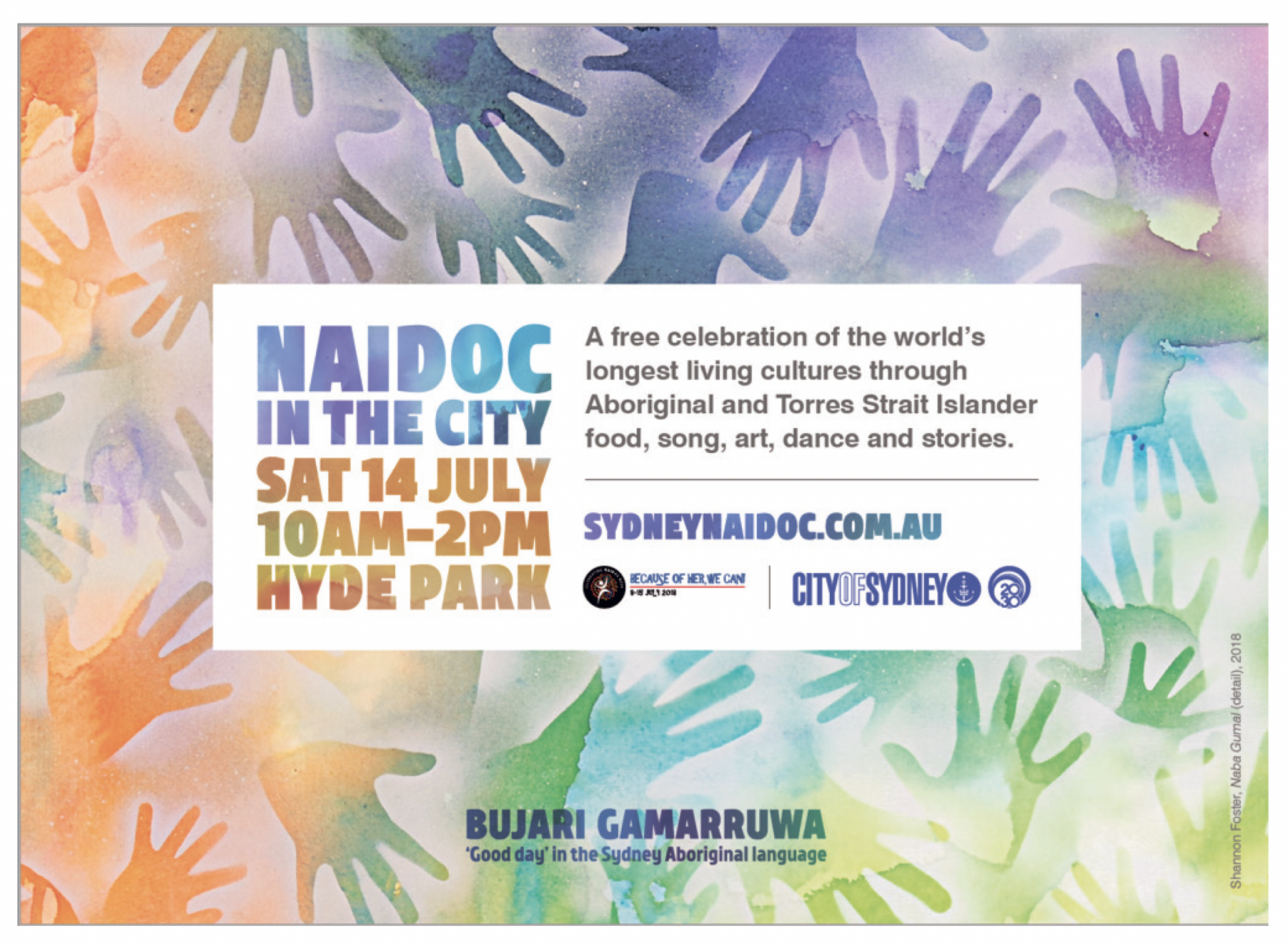