Leonards Advertising was engaged to develop a creative campaign for a waste education program for the Resource Recovery Unit of The Hills Shire Council. Leonards was briefed on the elements and initial concepts in terms of key messages, demographic, and application and then worked closely with the Recovery Unit over a period of nearly a year to produce the Billy Bower concept and roll-out across varied platforms, including traditional and online media.

Leonards took an iconic Australian native animal, the bowerbird, as the mascot for this exciting educational and interactive campaign. Designed for a young demographic, this mascot resonates well, as he is notorious for collecting things, specifically of the blue variety. This transitions well into the concept of collecting rubbish and placing it in the right bins. Kids also love to collect things.

Targeting the 5 to 11 year old demographic, the aim was to engage and educate simultaneously with humour and fun. The directive was to have numerous elements to create a busy and exciting mood – a “Where’s Wally” of waste! The look and feel was to be Australian native flora and fauna with animals and children engaging in waste collection and identification. A scoring system, a number of items to be found, a game with which the kids can interact with.

We developed a range of interactive collateral to be circulated around schools and libraries, festivals, events and in the home. Billy and his motley crew have many adventures in parks and playgrounds, in their suburban streetscapes, at beaches and pools and even in shopping centres. They teach the right way to ‘do the right bin’ to help create a cleaner, greener planet for everyone.

The campaign was extremely well received by parent, school, teacher and community groups. Awareness was heightened through engagement and transference of information. The campaign was extended and further developed to now include online components in the form of a game and with a potential app being considered in the future. 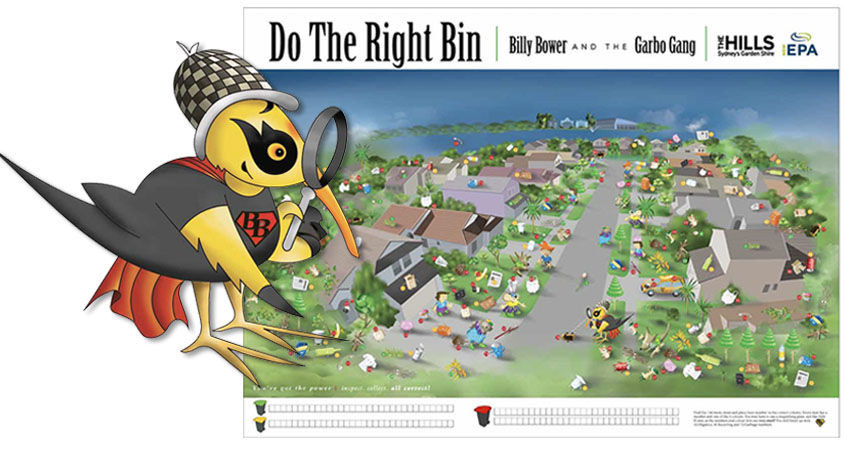 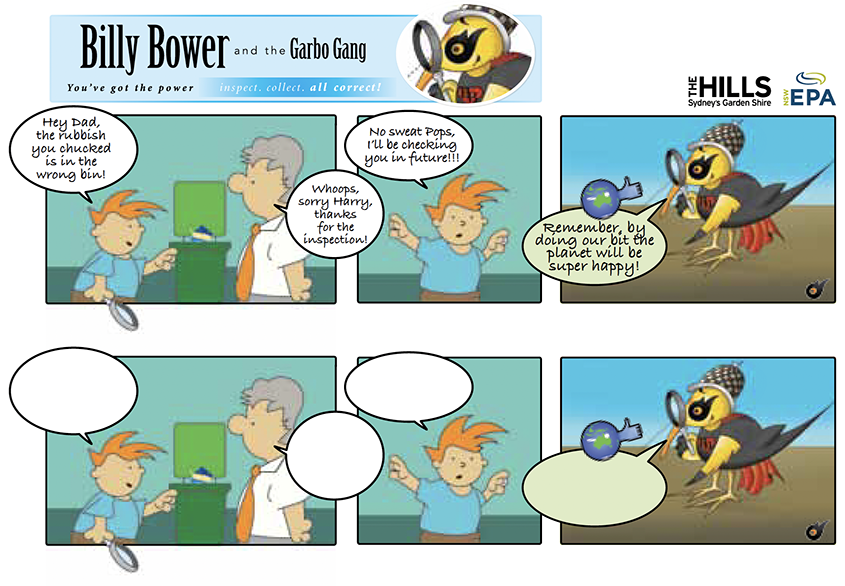